An epic day on Northover Ridge

I've fancied having a bash at the Northover traverse for quite a while now, especially as it's described in Bob Walker's book as possible the 'best run anywhere'. High praise indeed, but my timing for an attempt wasn't ideal to say the least!

2 days earlier, Canmore was greeted to our first taste of some real snow, and I was a bit concerned that despite rapidly warming temperatures, there would still be a lot of the white stuff lingering up high.

The initial trails up to Three Isle Lake were an absolute delight, but I was soon greeted to what looked more like a Scottish winter corrie, than one of the best 'trail runs anywhere' !

I saw what looked like fresh tracks up to the col, and was amazed to discover that I was following 3 sets of fresh bear prints, with fresh bear scat. The bears were better equipped than I was though, as I was forced to turn back a few hundred metres along the ridge. There was a sizeable cornice, and thigh deep snow meant pretty sketchy conditions.

I was exactly half way. The run back was a blast, but there is some unfinished business here. 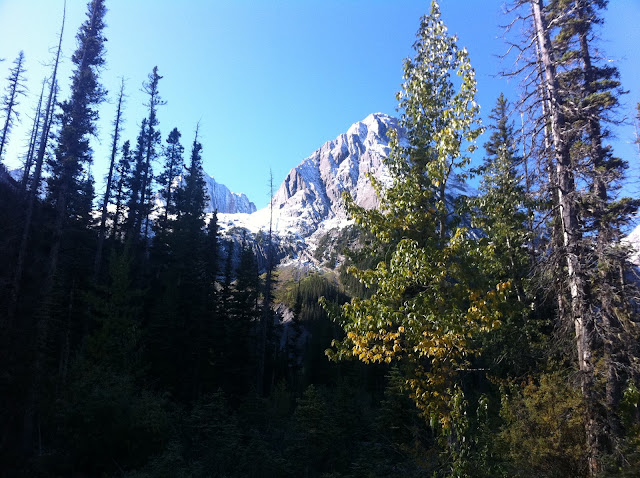 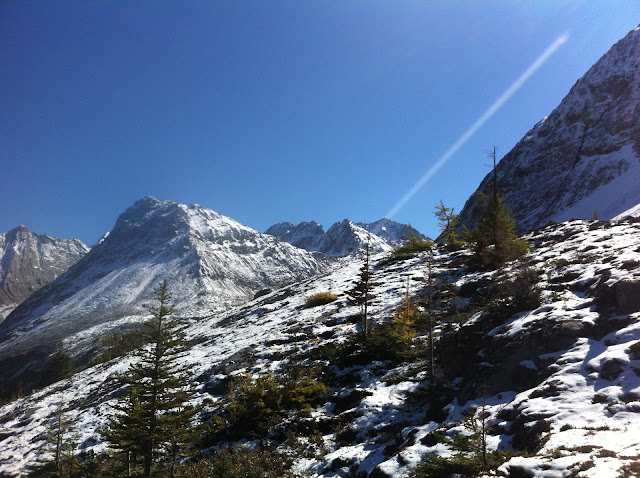 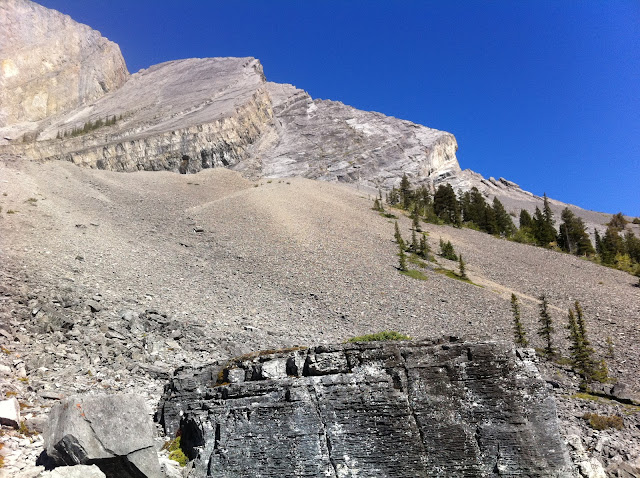 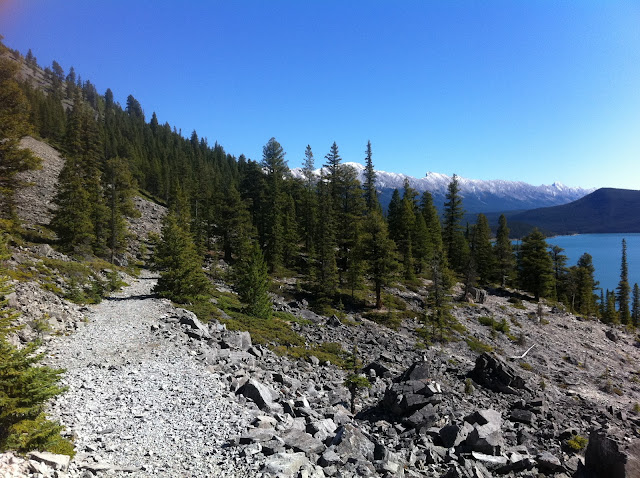 Email ThisBlogThis!Share to TwitterShare to FacebookShare to Pinterest
Labels: northover