It's been a while since I've posted but what with one thing and another it's been hard to find time. At the end of May I was in Scottsdale for a medical conference, and the opportunity to have a go at the Grand Canyon R2R2R was too good to miss.

This one has been on my bucket list for some time, but with temps in Phoenix of 42 degrees C, it wasn't looking good. But right on cue, the forecast improved, and after a sleepless night in the Best Western Tusayan, I hit the South Kaibab trailhead running, a cool 34 degrees F and a daytime predicted high in only the mid 70s F. 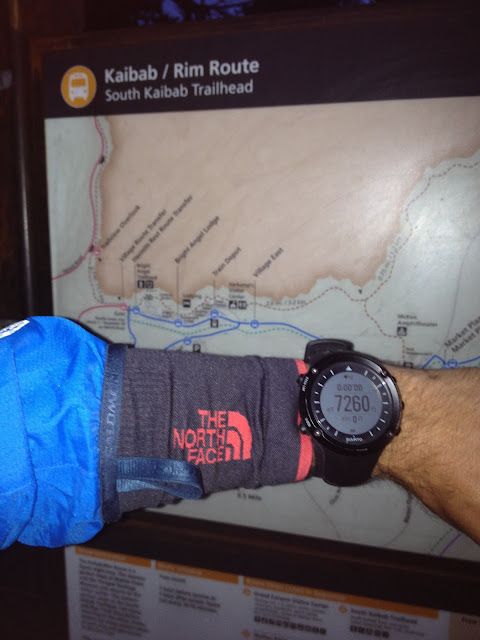 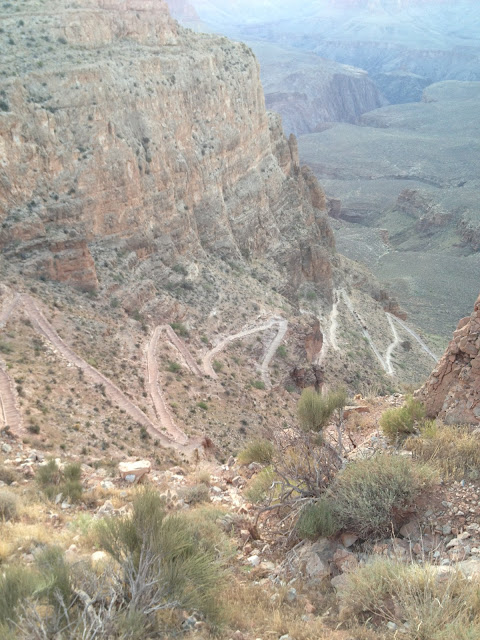 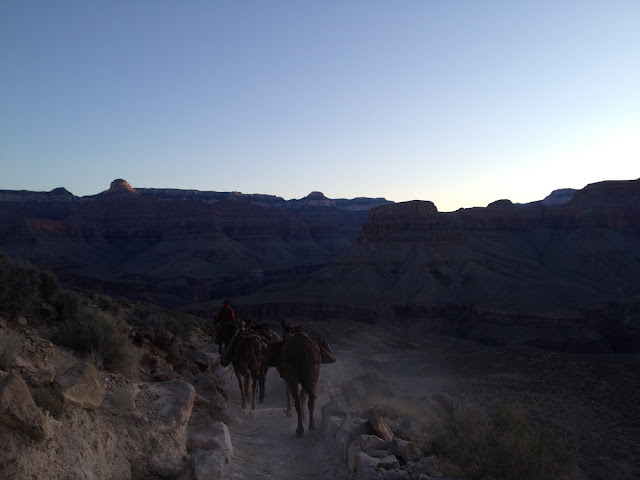 The descent down the South Kaibab was stellar, with only 2 mule trains and a whole bunch of early starting tourists to slow me. I hit the river in just over an hour and was at Phantom Ranch in about 1h 15m. From there the trail was a beautiful gradual climb to the North Rim, most of which I was able to run, to hit the North Rm summit at 4h precisely. 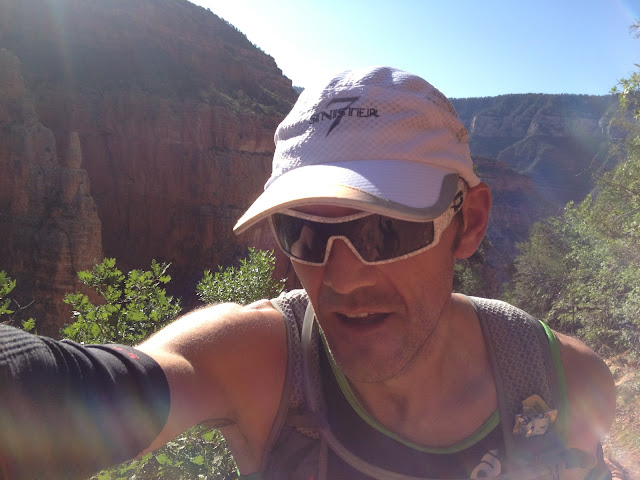 I was feeling pretty good aside from some big toe soreness, and after picking my way somewhat gingerly down the initial steep switchbacks it was a blast back to Phantom ranch, well ahead of my hoped for 10 hours. 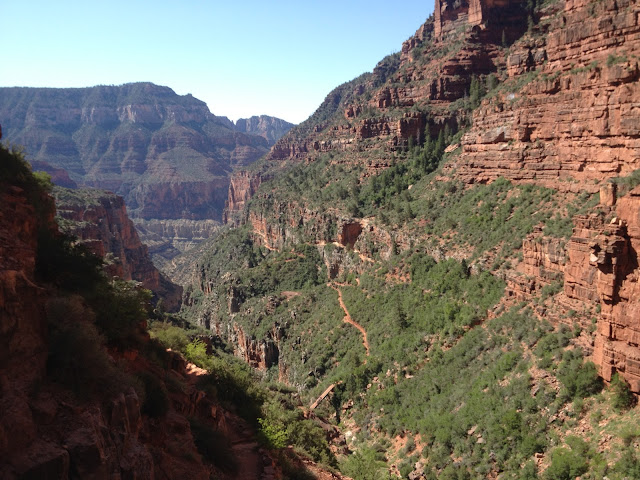 As I came into Phantom Ranch I was a bit too excited to be back so quickly having been clocking sub 7 minute mile times in the last few miles before the ranch. As I sprinted in looking for the water tap for a quick bottle fill, I caught a rock and went headlong down a gravelling/rocky slope. I hit my right hand and knee hard, and bruised my hip. I was a bit stunned, especially when I saw the amount of blood I had spilt, and even more surprised bt the reaction of the 15 or so hikers sitting there watching me. Not one offer of help, or even so much as an 'are you OK?'

I picked myself up, and got cleaned up with the help of one of the Ranch staff, who was the only one who appeared in the least bit concerned by my dirty grazes! After the nausea had passed, and I had gulped down one of the ranch's famous ice cold lemonades and hungrily wolfed down a Snickers bar I was off again, feeling sore, more due to the fall than the miles logged.

The jog out was more of a hike/jog for the first few miles, slowing to a nauseatingly slow hike for the last couple. I was pretty much running on empty as I hobbled the last few metres to the top of the South Kaibab.

The pain was very temporary however, when i realized I had eclipsed my estimated time, finishing in 8 hours 51 mins. This is definitely an epic run, not to be underestimated, but it's certainly one that should be on every ultra-runners list of runs that just have to be done! 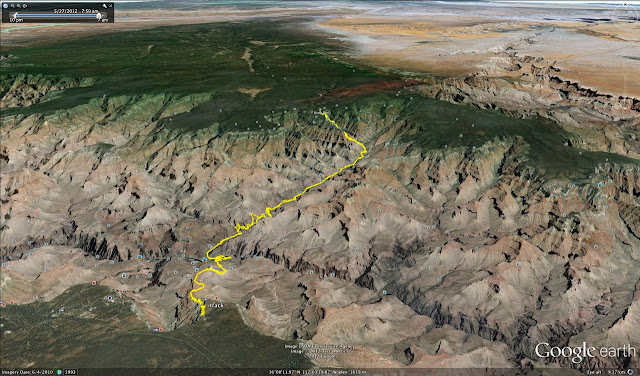 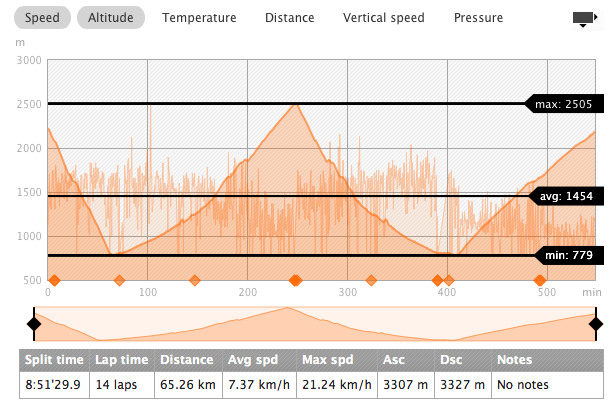