The Rundle's Revenge 50km, held at the Canmore Nordic Centre (aka home turf), was the first Ultra I've done where I felt like I had a legitimate chance to take the win. I have had a stellar spring as far as training goes, despite the rain, and have dropped around 20lbs in weight. I went into this race feeling fit, in form, and I had spent a few weeks running the race trail to get familiar with the course. It's 4 laps of 12.5km, with around 400m of climbing per lap, so it's a decent challenge.

As usual the pace off the start was crazy and I found myself in a small lead pack heading up the first incline at sub 4min/km!! Fortunately this lead pack comprised both 12.5km and 25km runners, as well as the 50 km'ers, so I quickly backed backed off the unsustainable pace and settled into a more comfortable one. In training I was lapping the loop in around 1hour 15m, so I was surprised to get through the first lap about 10 minutes faster, but the legs were feeling good and I felt this was a reasonable pace. I was sitting in second place after the climb of Georgetown, but already about 10 mins down on the lead runner. Surely he couldn't sustain that pace for 50km? 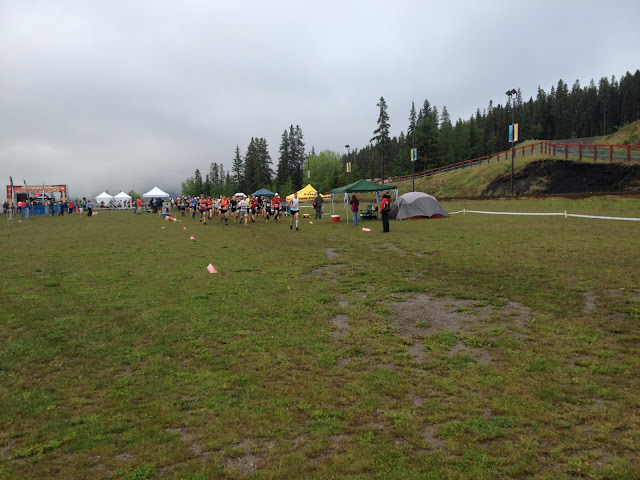 The trails were sloppy and muddy with all the recent rain, but I had scored a pair of Salomon Fell Cross from Phil Villeneuve, and they were the bomber. People were falling and sliding everywhere, whilst the traction on the Fell Cross never failed me. Definitely a good choice for the conditions.

Lap 2 was a steady affair, a couple of minutes slower than the first lap, but as I came through the transition I got word that the leader, about 5 minutes ahead by now, wasn't looking great. There was no one else in sight behind me, so all I had to worry about was the guy in front who 'wasn't looking great'. Of course it could have been that my pit crew were simply saying this to spor meon, but it worked, and I charged up the first hilly half to lap 3 at 100%. By the first feed, I had gained back almost 4 minutes, and I caught my first glimpse of the leader, who wasn't looking comfortable, no doubt having gone a little too hard off the start. 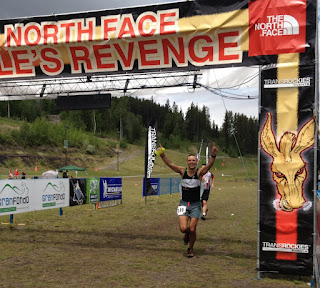 As I picked my was down the single track of EKG he suddenly seemed to see me and his pace noticeably quickened. I spent about 15 minutes watching him 50 yards ahead of me, and try as I could to make gains, I seemed to be losing ground on the descents and flats.

I knew my climbing was good though, and as we hit the climb up Georgetown for the third time I caught and passed the leader, who was intermittently slowing to a hike, whilst I was still able to run all of the climbs. I put in an extra burst as I passed him, a psychological blow if I passed by quickly, I thought.

By now I had the bit between the teeth as it were, and the thought of a win, allowed me to charge around the final lap. By mid way I knew I had a lead of well over 5 minutes, so I eased off a bit, to ensure no sudden bonk, and to ensure that i could continue to run all of the climbs. 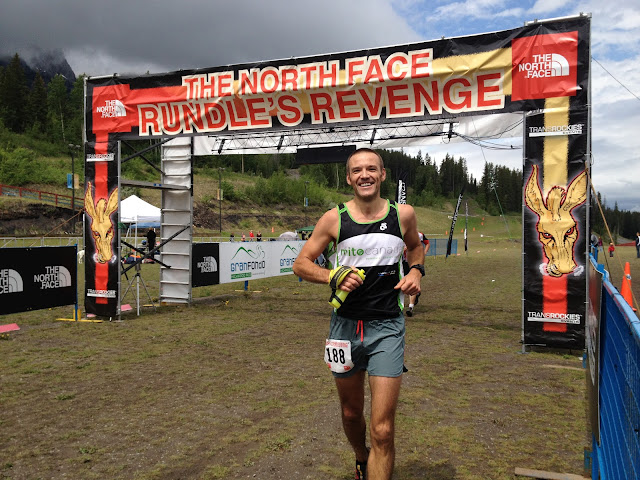 When I crossed the finish, my first victory in an ultra, I had a lead of 12 minutes. Victory is oh, so sweet!
Posted by Unknown at 10:11 PM